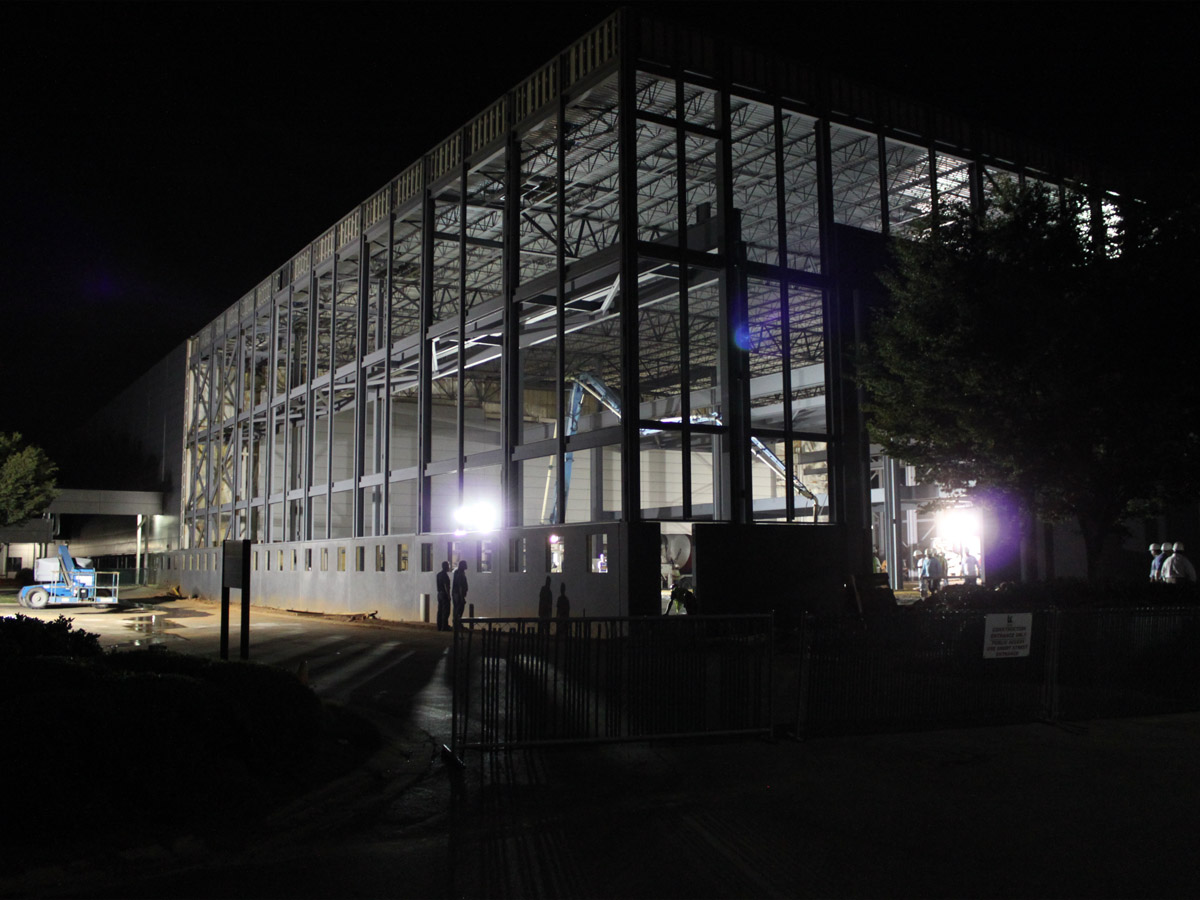 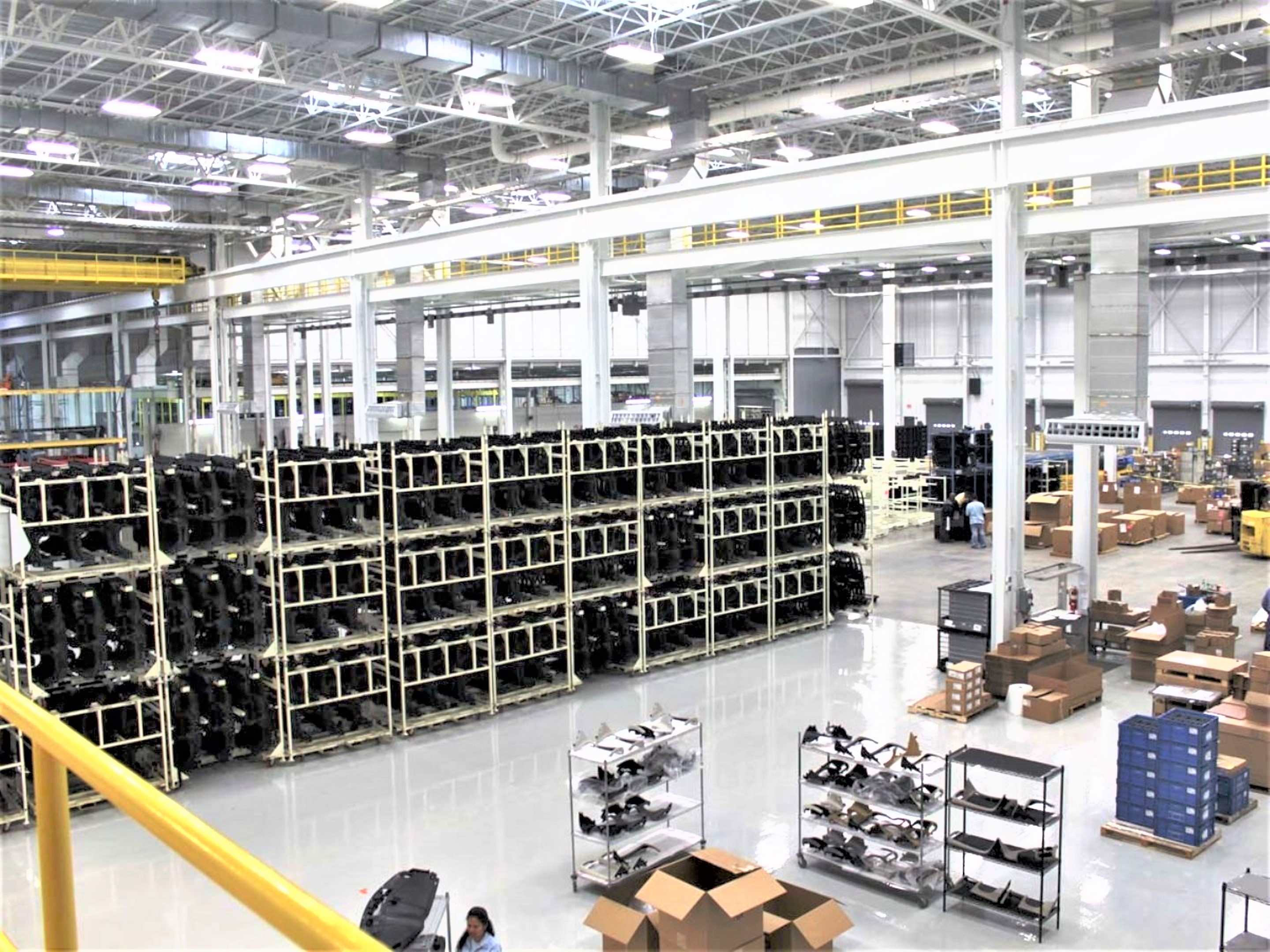 As is the case with most Automotive Tier 1 In-Sequence Suppliers, Draexlmaier is critically sensitive to any process interruptions. Our understanding of their needs and coordination through the construction phases allowed Draexlmaier to remain fully operational including in the manufacturing area. We were even able to maintain full climate control in spite of two complete exterior walls being removed.

The Molding Bay expansion was the largest portion of the project at 63,000SF plus 17,000SF mezzanine. A key element to this was the 160ft extension of two 40 ton cranes for a total travel of 320ft each. A new 16ft rolling door at the end of one of these crane bays allows direct loading/unloading of process tools to/from a flatbed truck which backs into the building.

One major goal for the new office was to integrate additional key infrastructure elements. The new I.T. Room has a 14” deep access floor for flexibility and serviceability. The room also is protected by a gas suppression system and is completely separated from adjacent spaces by 2 hour fire walls. To fulfill persistent demands for meeting space, we incorporated 3 additional conference rooms. One locker room is even upgraded to serve as a safe area during hazardous weather. The office addition’s precast concrete structure design includes double tee floors which resulted in an economy of time and money.

Throughout the project, we utilized the classic industrial details already in place while updating performance and economy to meet or exceed current standards. Our intricate knowledge of the project and client resulted in a seamless integration of the existing facility and new areas. 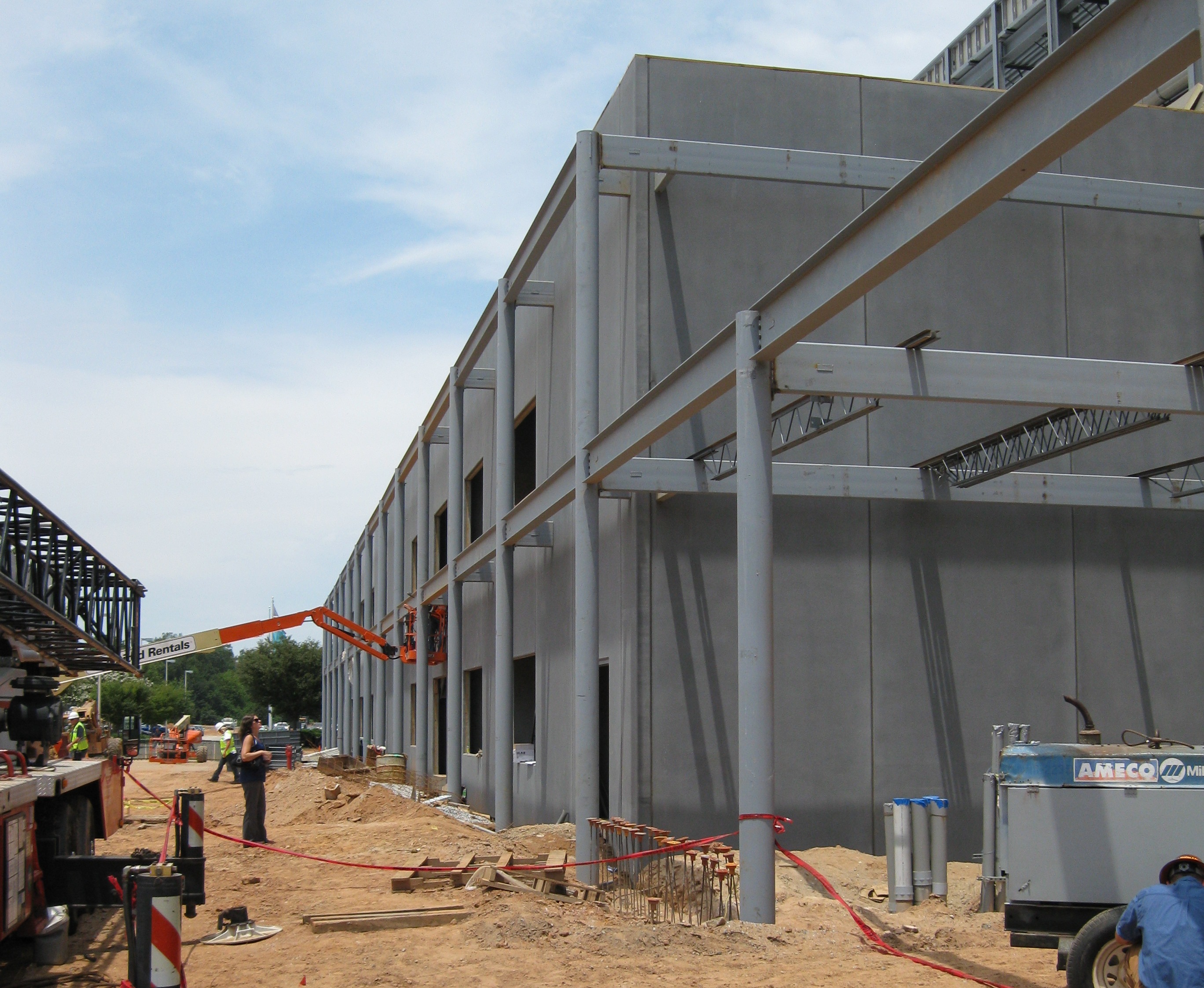